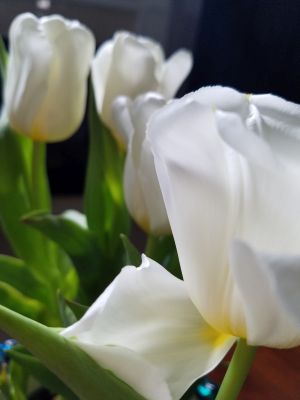 To recap Chapter One, after many failed attempts with doctors, I came to the conclusion they did not have answers for me.

Chapter Two: Taking Matters Into My Own Hands

The doctors informed me they were doing their best, however, I was just not responding as other patients did.  The only thing they knew to do was to stay the course and hope that by some miracle, I would start responding – even though this coarse of treatment had been unsuccessful for the last 8 years. They were determined. In reality, I believe they just did not know what else to do. This, of course, forced me to take matters into my own hands.

I started by researching what I could do on my own to get better. First, I discovered I needed to take more vitamins and minerals. During my research I was sent a article that intrigued me; it suggested needed to go gluten-free. It stated that if you had tried all that the medical community had to offer but still having troubles, it was time to look at what caused your thyroid condition to begin with. At this point, I felt as if I had nothing to lose! I mean, at best, things would get better and at the worst, nothing would change and so my husband and I went gluten-free (I have the most supportive and understanding husband ever)! Within a couple of weeks, my husband was feeling better (he has struggled with IBS for years). I, on the other hand, did not really notice a difference but was happy we had found something to help him.

It was about 8 months after going gluten-free that we took our mother to see the Naturopathic doctor we talk about in OUR JOURNEY. During this visit, I decided to see what he could do for me also. Testing showed I had an absorption issue (a condition any legitimate MD should be able to easily diagnose) and was the reason why I was not responding to the thyroid medication as expected. It was also the reason why I was malnourished. I thought that only happened in third world countries! Further testing revealed melamine poisoning (this comes for the toxins in plastics) and I also had high levels of Stachybotrys Chartarum (aka Black Mold) in my system. After some additional testing, the source of the mold was found to be from contaminated thyroid medication. WHAT? That’s right! The very thing meant to help me was actually making me very sick.

The Doctor said I made a very wise decision to go gluten-free because gluten coats the lining of your intestines, which prevents nourishment from being properly absorbed. Since I was having abortion issues, this helped my body by alleviating some of the strain it was under.

You can read about the other things he suggested to improve our health in Our Journey.

Thus began my journey to a Heather and Greener Lifestyle. Our Journey will continue in Chapter Three (coming soon).