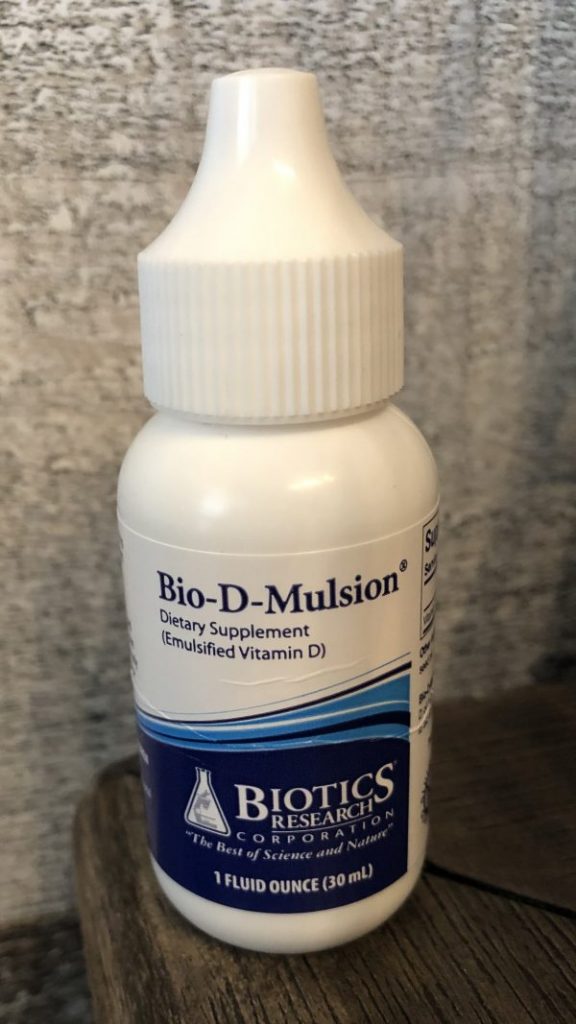 Vitamin D is something that I have always just taken for granted, until I started to have health issues. When the doctors started to run tests to try and figure out what in the world was going on with my body, one of the first things they discovered was that my vitamin D levels were at like 9 and they are supposed to be around 20 to 50. So I was subscribed by my doctor vitamin D2 and after taking this for over six months, I had my levels rechecked and found that they had not changed at all.

During this time I started going to see a holistic health practitioner and he recommended that I take vitamin D3 not D2 and he also recommended that I take an Emulsified Vitamin D. One of the reasons that my doctor suggested this choice was that I was having a lot of stomach issues and the emulsified vitamin D3 is much better absorbed by your system than the pill variety. A lot of people are taking vitamin D3 but it is not being absorbed by the body and it is not changing their vitamin D levels.

I will include a picture and a link below with the exact one that I have been subscribed. Considering that I work inside almost 10 hours a day and that I come in to work when its dark and leave for home when its dark, it is very probable that I am not getting any vitamin D from the sun. Hopefully with the onset of the summer sun, I can remedy that and get outside more and get some Vitamin D3 from the sun!

I am taking Bio-D- Mulsion from Biotics Research Corporations. This is a emulsified vitamin D3 supplement. I take 5 drops a day which is about 2000 IU of Vitamin D a day. You want to make sure you know what your Vitamin D levels are before you start taking any supplements. As always we are not doctors, we are not suggesting that you start taking vitamin D without a doctors advice, just giving you a better option than the vitamin D2 that is usually recommended.